Home » About Us » People

All our patrons share the Economics Network’s values and support our work within the economics education community. We are grateful for the generous commitment they have made to promote the education of economics and to contribute to Network events and publications.

Charlie Bean is a Professor of Economics at the London School of Economics and former President of the Royal Economic Society (2013-15). He was Deputy Governor of the Bank of England from July 2008 to June 2014.  Prior to that, he was

In addition, he has published widely, in both professional journals and more popular media, on European unemployment, on European Monetary Union, and on macroeconomics generally.

“I am very pleased to become patron of the Economics Network. By providing additional support to lecturers and students alike, it plays an invaluable role in furthering the university study of economics.”

Diane Coyle runs the consultancy Enlightenment Economics. She is also Vice Chair of the BBC Trust, a member of the Migration Advisory Committee and visiting

professor at the University of Manchester. Diane specialises in competition policy, network markets, the economics of new technologies and globalisation, including extensive work on the impacts of mobile telephony in developing countries and is the author of several bestselling books on economics, the latest of which is GDP: A Brief bu Affectionate history, which was published in January 2014.

"Inspirational teaching opened my eyes to the way economics can illuminate what's happening in the world, to its special insights and intellectual discipline. So I'm delighted to have the opportunity of supporting the work The Economics Network is doing to inspire future generations of economists." 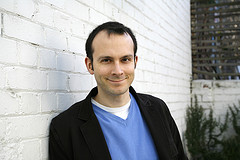 Tim Harford is a senior columnist for the Financial Times. His column, The Undercover Economist, reveals the economic ideas behind everyday experiences. Tim is also the author of The Undercover Economist, The Logic of Life, Dear Undercover Economist and Adapt. He presents the BBC radio series More or Less on Radio 4 and on the World Service. He is a frequent contributor to other radio and TV programs and has been published by the leading magazines and newspapers on both sides of the Atlantic.

"The Economics Network provides a vital bridge between employers and lecturers in economics by focusing on the quality and adaptability of economics graduates."

Paul Johnson has been director of the Institute for Fiscal Studies since January 2011. As well as a previous spell at the IFS in the 1990s (including a period as deputy director) Paul has been chief economist at the Department for Education and director of public spending in HM Treasury. Other positions include a period as head of economics at the FSA, senior associate with Frontier Economics and deputy head of the Government Economic Service between 2004 and 2007. 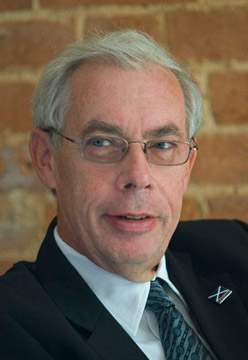 John Kay is one of Britain’s leading economists. His interests focus on the relationships between economics and business.

John is currently chairing the Review of UK Equity Markets and Long-Term Decision-Making which will report to the Secretary of State for Business, Innovation and Skills in July 2012. He is a visiting Professor of Economics at the London School of Economics, a Fellow of St John’s College, Oxford. He is a Fellow of the British Academy, a Fellow of the Royal Society of Edinburgh. He is a director of several public companies and contributes a weekly column to the Financial Times.

“The Economics Network provides resources to enable economics education to become relevant and effective. Recent events have made the need for such work all the more urgent and important. I am glad to support the Economics Network.” 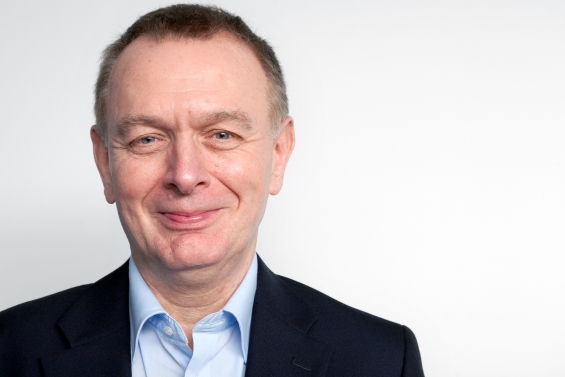 Paul Ormerod is a Partner of Volterra, an economic consultancy that provides creative solutions across a range of sectors, from business viability to social policy effectiveness. He is also a best-selling and award winning author. His latest book, "Positive Linking: How Networks Can Revolutionise the World" came out in 2012.

In the 1980s, he was one of the founders of the Henley Centre for Forecasting, and pioneered the then-innovative application of modern econometric techniques and electronic data to analyse price elasticities and identify the competitive sets of consumer brands.

In 2006, Paul was elected a Fellow of the British Academy of Social Sciences and in 2009 he was awarded a DSc honoris causa for the 'distinction of your contribution to economics'.

"Economics needs to evolve in the light of the financial crisis, and the Network is an effective way for communicating new ideas."

Andy Ross was Deputy Director of the UK Government Economic Service and Deputy Director at HM Treasury until February 2013. He is currently Visiting Professor at Reading University, Visiting Research Fellow at Leeds University, a Birkbeck Honorary Teaching Fellow and Economic Consultant for High Oak Enterprises Ltd. In 2015 he was conferred the Award of Fellow of the Academy of Social Sciences.

Andy also serves on the Council of the Academy of Social Science, Westminster Business School Advisory Board and the QAA subject benchmark for economics. He has been a member of the Conference of Heads of University Departments of Economics, the British Academy's UK Strategic Forum for Social Science and the CEO Group of the Academy of Social Science. In addition, Andy has authored textbooks and been a polytechnic Head of Economics, a university dean, college director and 'Investors in People' reviewer.

"The Economics Network provides a unique service in providing a support network for students, teachers and employers. It is vital to making economics education vibrant, popular and relevant."