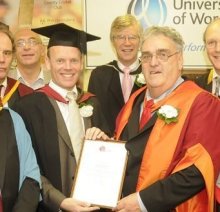 The Economics Network is pleased to announce the winners of its Learning and Teaching Awards for 2010.

The winner of the Outstanding Teaching Award is Andrew Hale from the University of Worcester. Andrew has been a great advocate of student-centred learning, particularly in his use of eLearning. With 30 year’s experience of Economics teaching he is “held in high regard by his peers and sets a fine example to other younger members of the School”. 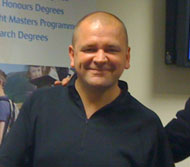 A commendation for the Outstanding Teaching Award has been awarded to Duncan Watson from Swansea University. Duncan has managed to achieve high levels of student attendance and a 100% positive response for his Issues in Microeconomics module – all through his multi-faceted teaching strategy. 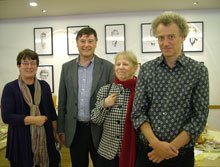 The Student Nominated Award has been awarded to Judith Shapiro from the LSE. Students said “Dr Shapiro always positions herself as a student among other students: she supports our learning by making sure we are aware of both the what and the how of our own and other students' work.” 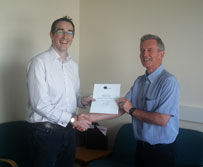 A commendation for the Student Nominated Award has been awarded to Michael McMahon from the University of Warwick. Students commented that “his drive and enjoyment of the subject is clear and very effective in teaching as it keeps you engaged and interested in the material and in what he has to say”. 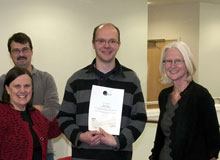 The eLearning award has been awarded to Ken Clark from the University of Manchester particularly for his work on wikis. The wikis were used on a third year labour economics module was used by 117 students who felt “it encouraged teamwork, active researching and ensured more effective learning of the material”. 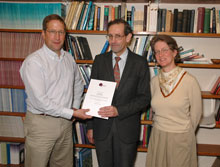 A special Lifetime Achievement Award has been given to Roy Bailey from the University of Essex. Roy has been at the University of Essex since 1965 and has made a lasting impression on the department. Nominees said “it is difficult to exaggerate the important role that Roy has played in developing, delivering and caring for our curriculum. At the core of all of this has been Roy’s dedication to our students.” We were told “although Roy has retired this year, he still teaches more than a full course load and is supervising three PhD students”.

Congratulations to all of our award winners.