This is the Economics Network's fifth survey of employers of economics graduates. The aims of the survey are to:

The results below will also inform our project on project on student employability.

A total of 40 employers participated in The Economics Network’s 2019 Employers Survey, with the main employers being involved in the central government, consultancy and public sector services.

When asked why they hire economics graduates, the most common answer given by the employers is ‘they will work as an economist’, followed by ‘skills they bring with them’ and ‘general knowledge and understanding of economics is useful’ (please note that respondents can give more than one reason). 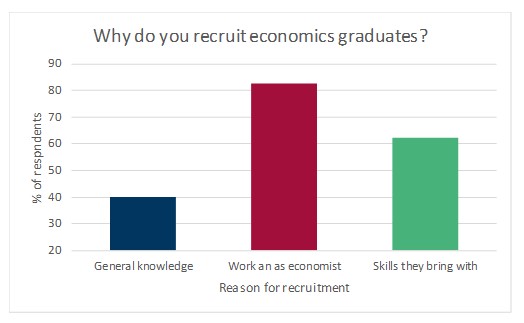 Which of the following skills do you see as important in economics graduate appointees to your organisation?

The two most common skills to be rated as ‘very’ important are ‘abstraction’ (defined here as the ability to simplify complexity while still retaining relevance) and an ‘ability to analyse economic, business and social issues’ (77.5% and 82.5% respectively). ‘Ability to organise, interpret and present quantitative data’ and ‘communication of economic ideas’ also seem to be considered important by employers, with 73.2% and 75.6% answering ‘very’. These results are similar to the 2014-15 Employer Survey run by the Economics Network, where the same four skills receive the highest proportion of ‘very important’ responses. 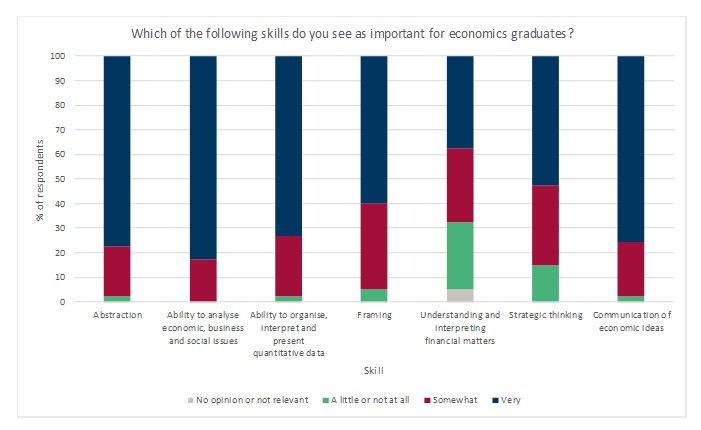 How do you rate the general skills of economics graduates? 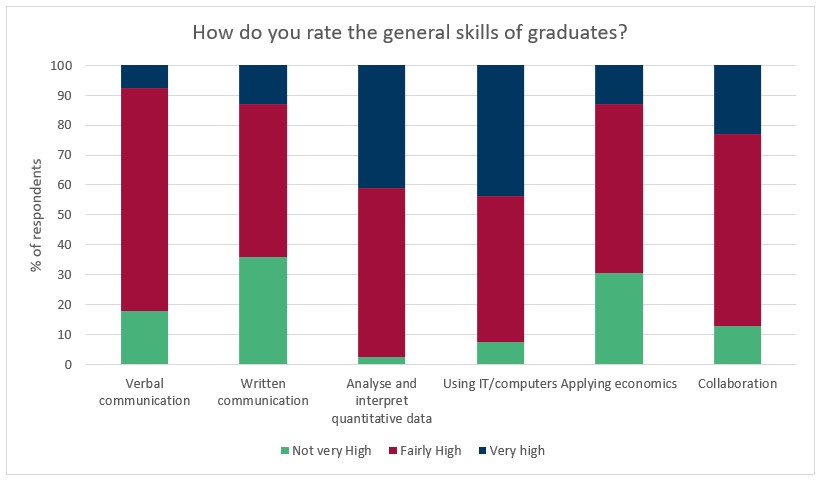 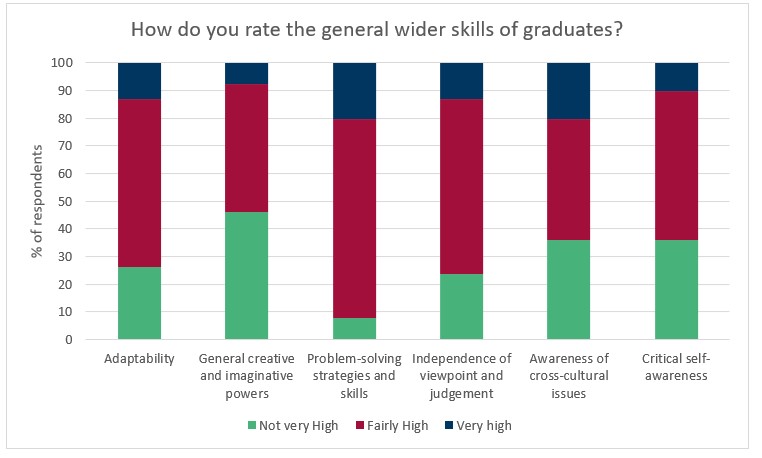 Economics graduates are most likely to be considered to have ‘very high’ levels of proficiency for ‘the ability to analyse and interpret quantitative data’ (41.0%) and ‘a fluency in using IT/computers’ (43.6%).

There are numerous skills for which over one third of respondents believe economics graduates’ skills are ‘not very high’: ‘general creative and imaginative powers’ is the most common at 46.2%, and ‘the ability to communicate clearly in writing’, ‘awareness of cross-cultural issues’ and ‘critical self-awareness’ are all rated ‘not very high’ by 35.9% of employers. The ‘ability to apply to what has been learned in a wider context’ also scores poorly, with 30.8% responding ‘not very high’ and just 12.8% replying ‘very high’. This is alarming given that application of knowledge is consistently rated as one of the most important skills for economics graduates to have by both employers (evidence from this survey and previous surveys by the Economics Network).

Knowledge and understanding of which of the following areas do you see as important in economics graduates? 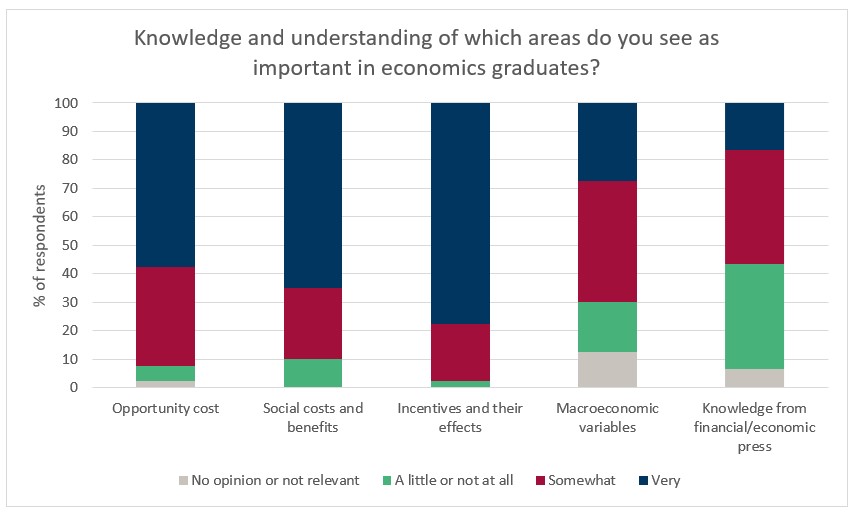 77.5% of employers say it is “very” important for graduates to understand “incentives and their effects”, far ahead of the next highest rated concept of “social costs and benefits” (65.0%). The least important concept is “knowledge derived from reading financial/economic press”, with only 16.7% rating the concept as “very important”.

Employer tastes across time remain broadly unchanged, with the proportion of respondents replying “very” to each concept similar to previous years.

Which skills (general and specific) and knowledge do you believe most need to be developed further in economics degrees? 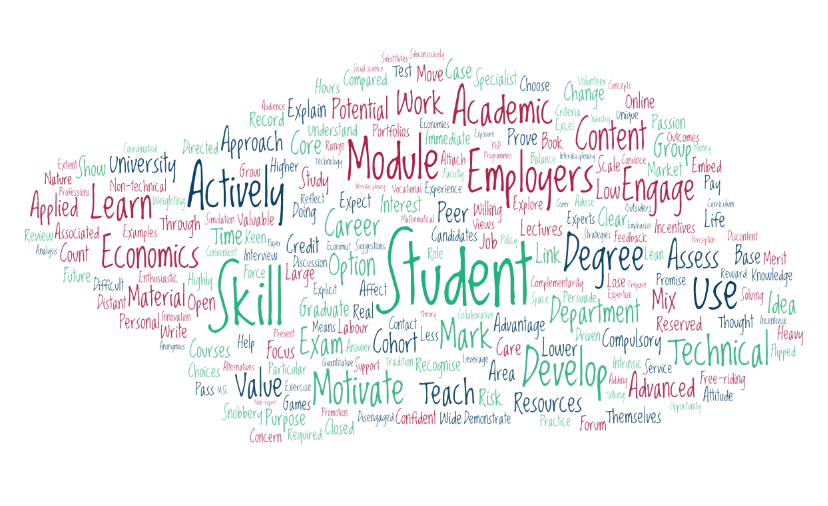 Word cloud taken from employers' text responses to this question.

11 organisations listed applying economics to the real world as an area where economics graduates need the most development, with a typical comment being: "ability to use economics to tackle a problem by starting simple and then adding complexity/detail” or “the practical application of economic theory to solving public policy questions”.