This report forms part of the Economics Network’s ongoing research into economics education. It provides a detailed summary of data collected on a range of topics including: student numbers at both A-level and undergraduate level, course entry requirements, student satisfaction with their degree programmes and graduate salaries.

This research aims to inform the discipline on changing numbers and demographics within economics higher education and to highlight any issues that may be of note for departments, for example student dissatisfaction with feedback provision, as shown by the National Student Survey (NSS) data collected for this report.

Percentage changes in A-level students numbers from 2013 to 2014: 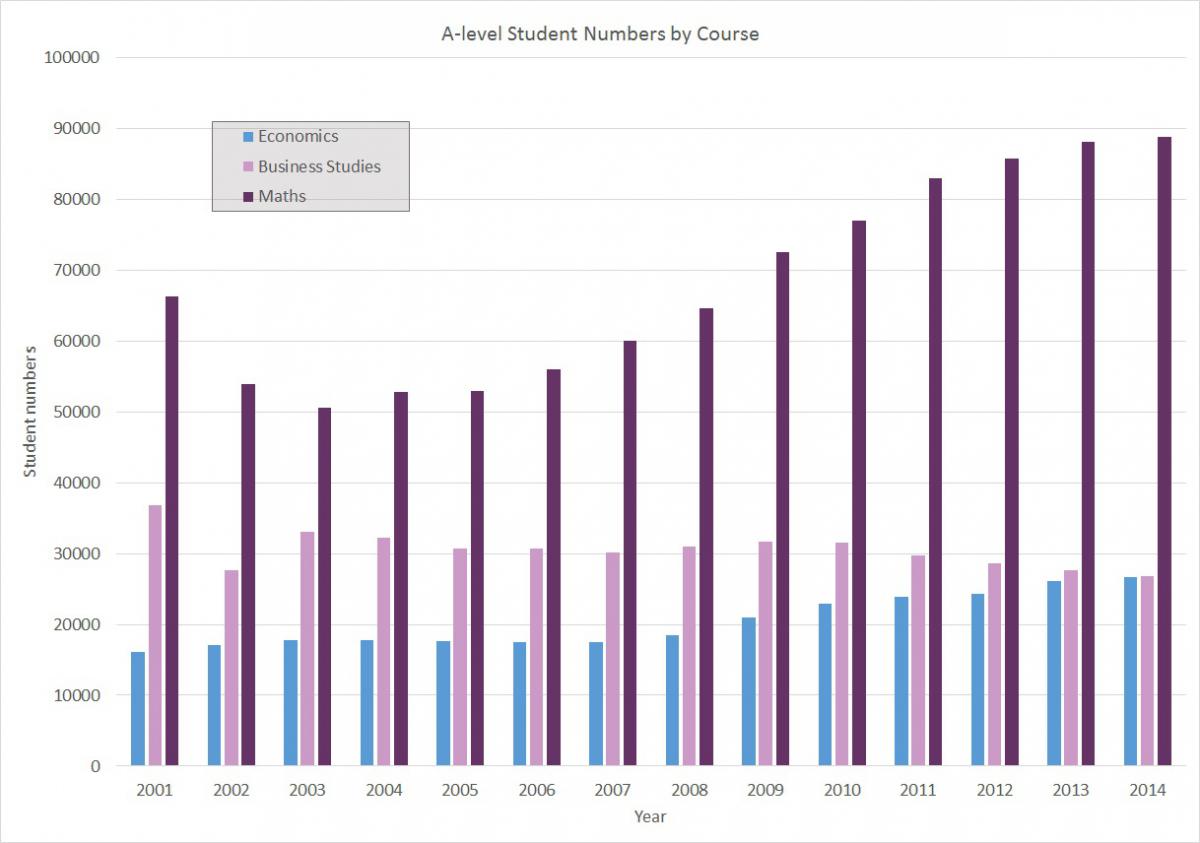 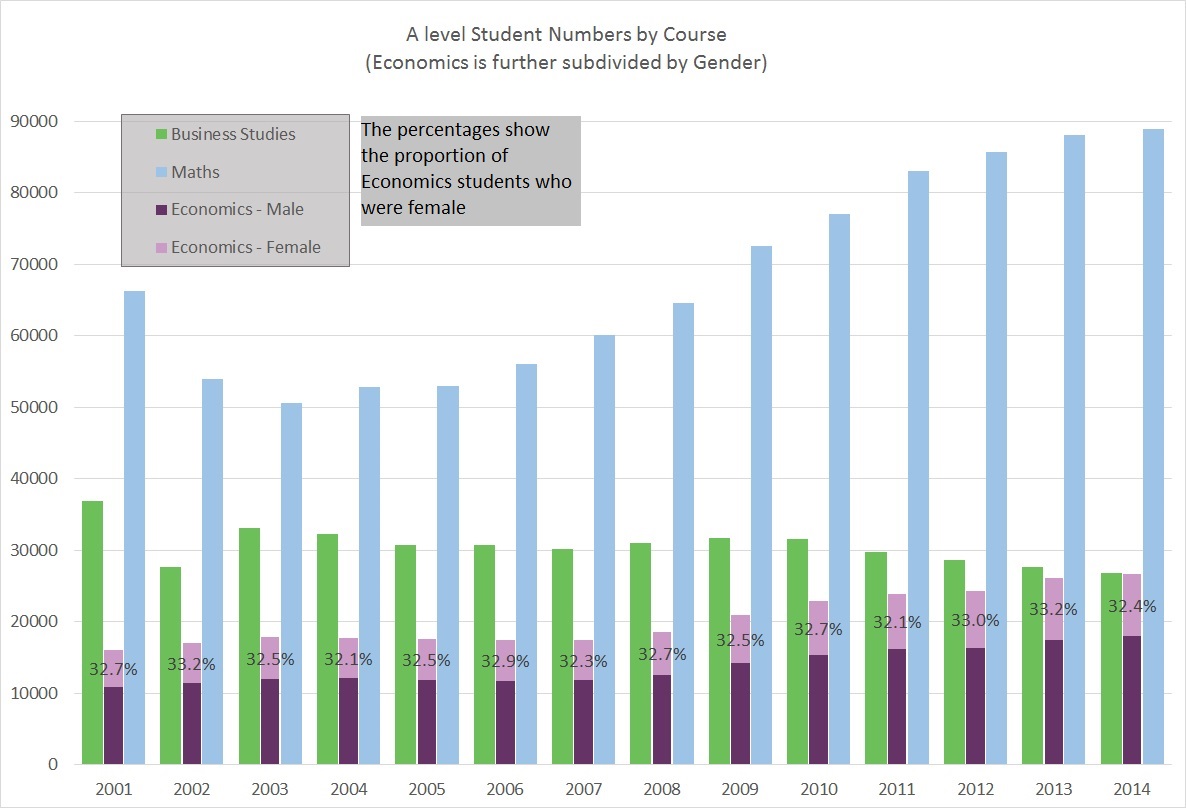 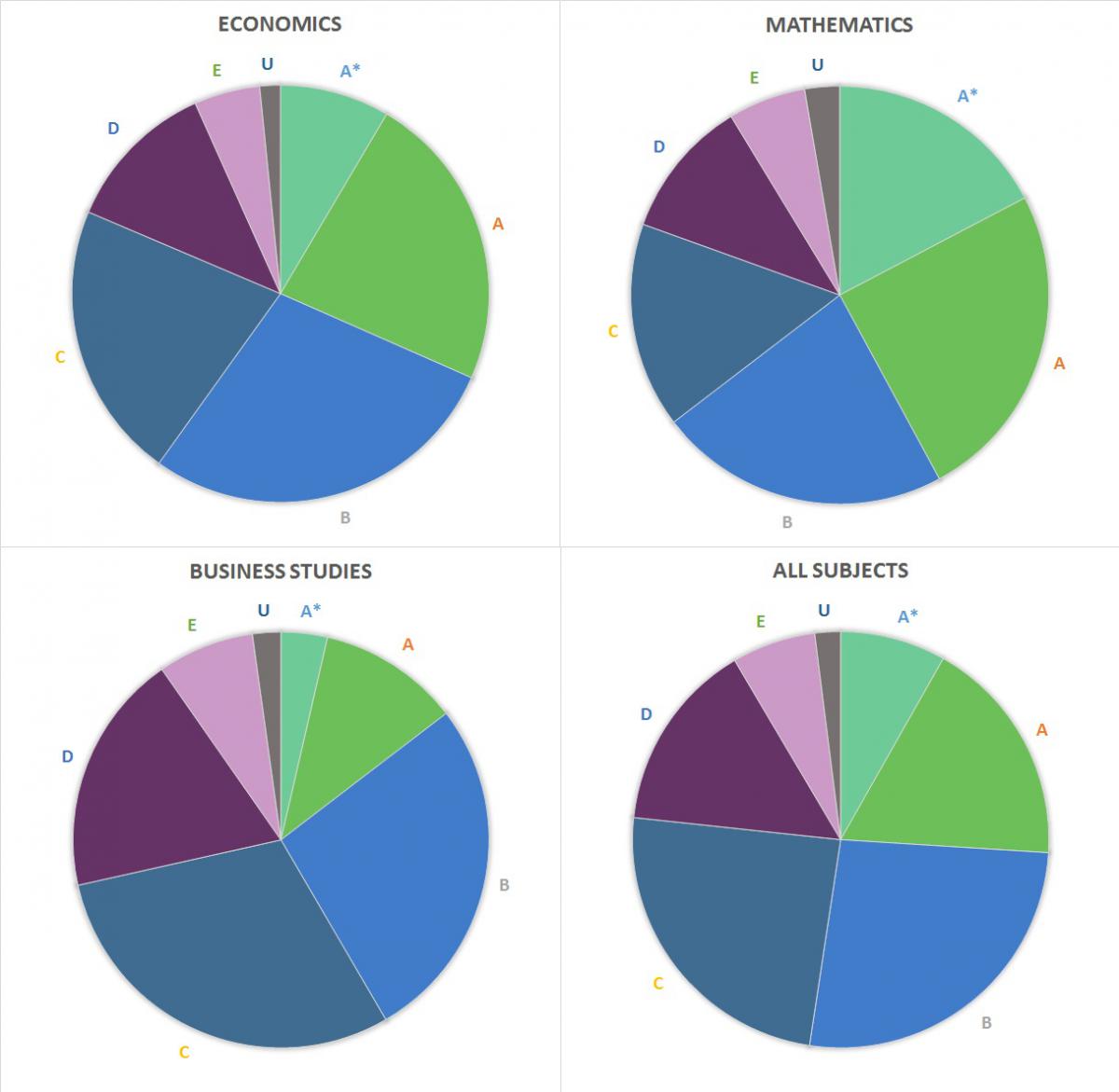 Source: Data for figures 1, 2 and 3 is taken from the Joint Council for Qualifications website archive (http://www.jcq.org.uk/examination-results/a-levels) 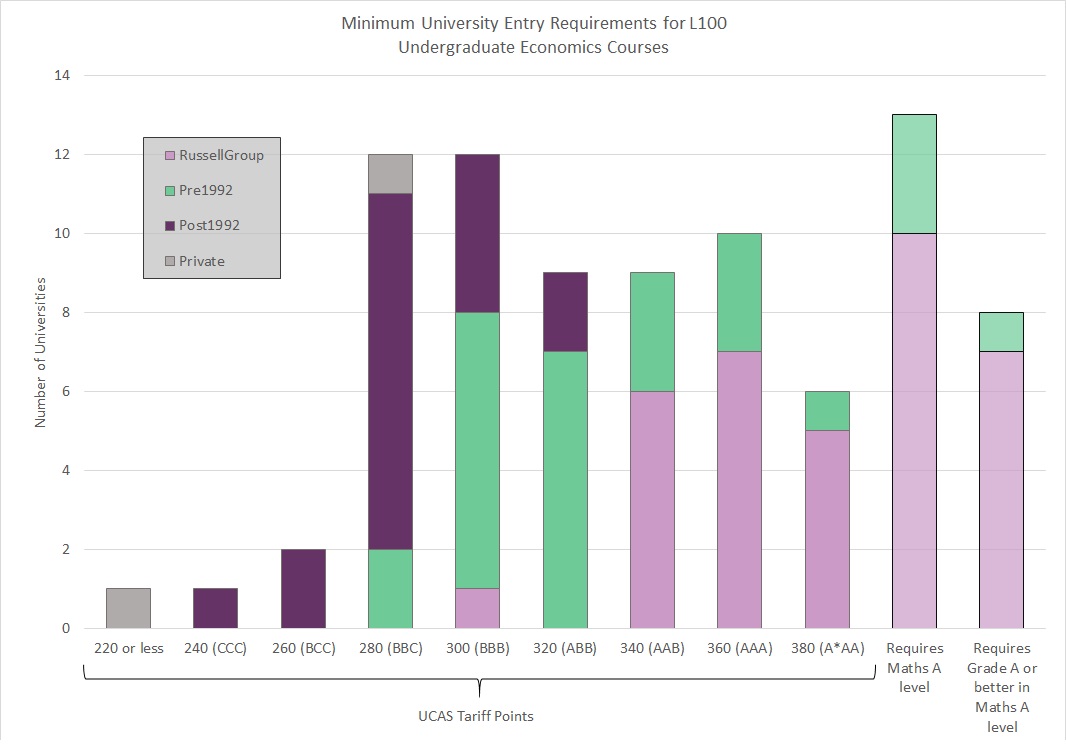 Source: Data for figure 4 is taken from the UCAS course search and includes the minimum entry requirements for L100 full-time undergraduate courses for entry in 2016. 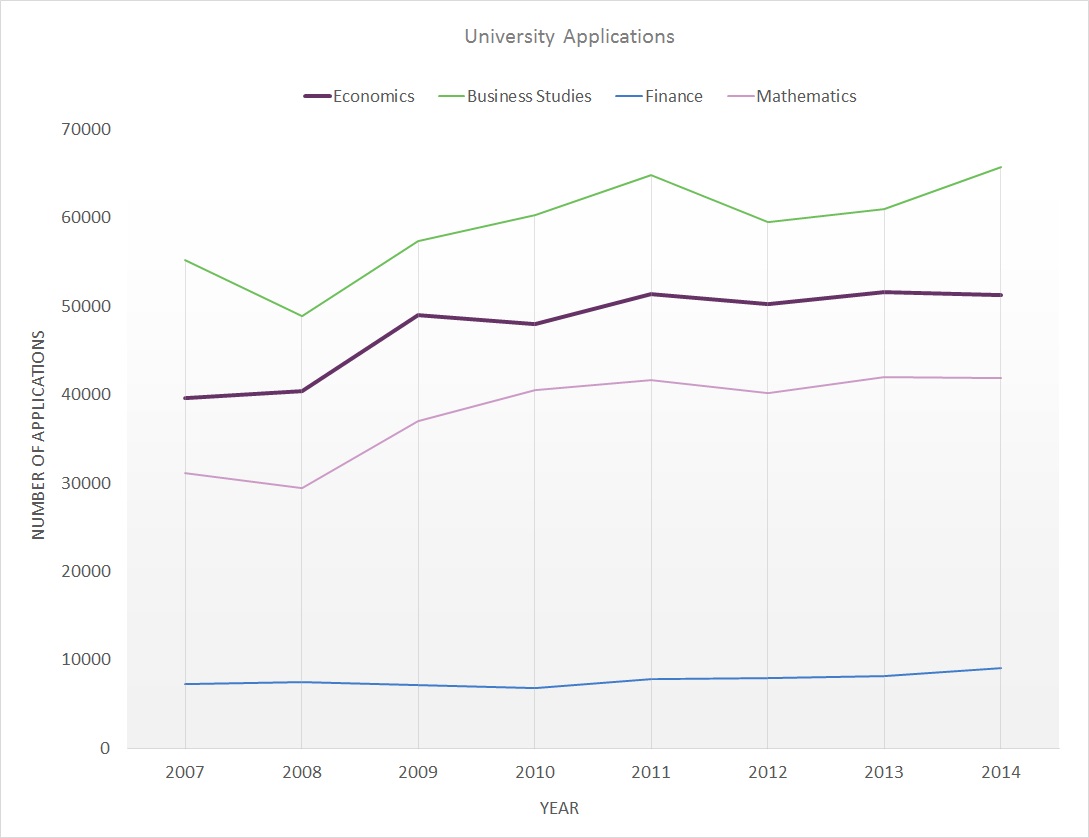 Source: Data for figure 5 is taken from the 2014 End of Cycle data release. 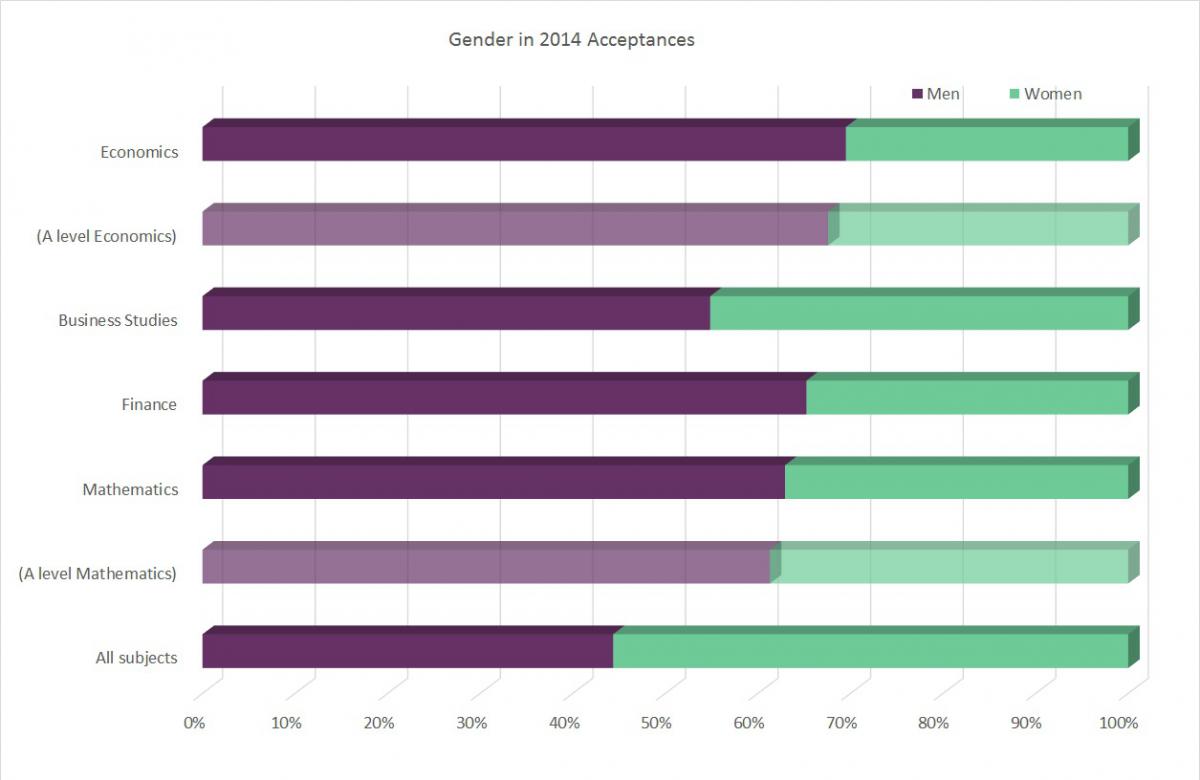 Source: Data for figure 6 is taken from the UCAS 2014 End of Cycle data release with supporting A-level data from the Joint Council for Qualifications. 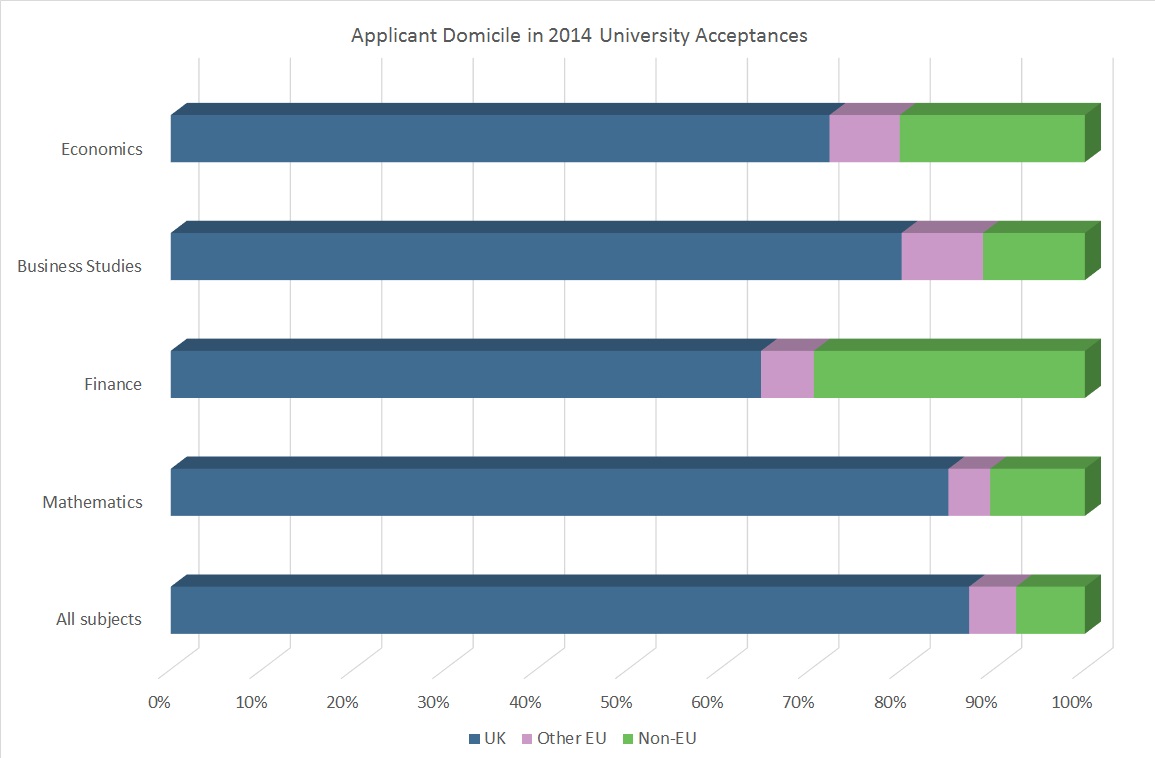 Source: Data for figures 7 and 8 is taken from the UCAS 2014 End of Cycle data release. 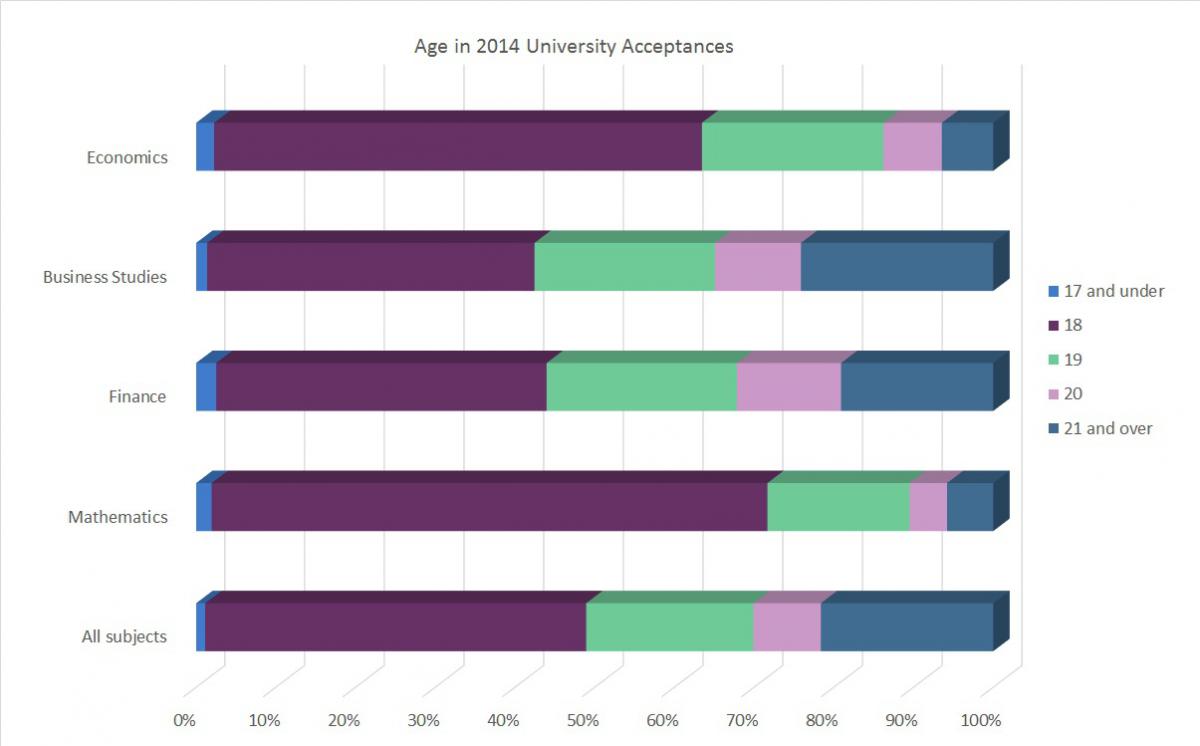 Source: Data for figures 7 and 8 is taken from the UCAS 2014 End of Cycle data release.

“The National Student Survey is a high-profile census of nearly half a million students across the UK, which has been conducted annually since 2005. Aimed at mainly final-year undergraduates, it gathers opinions from students about their experience of their courses, asking them to provide honest feedback on what it has been like to study on their course at their institution.”[1] 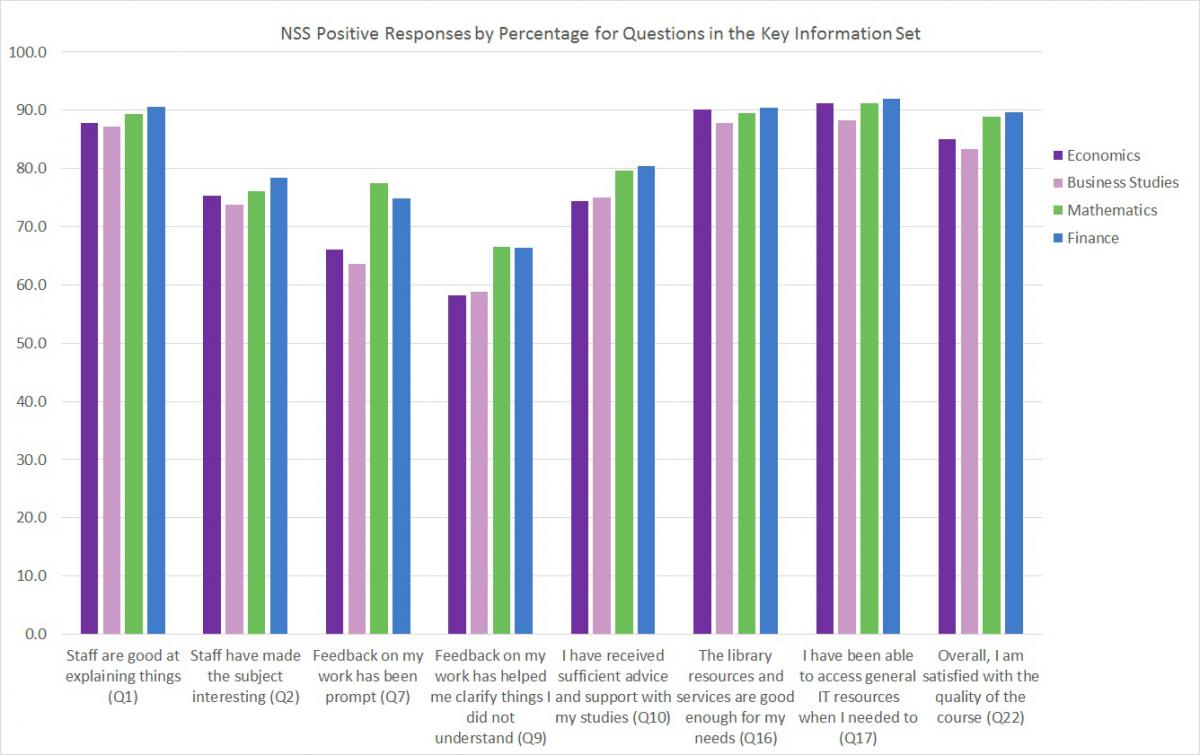 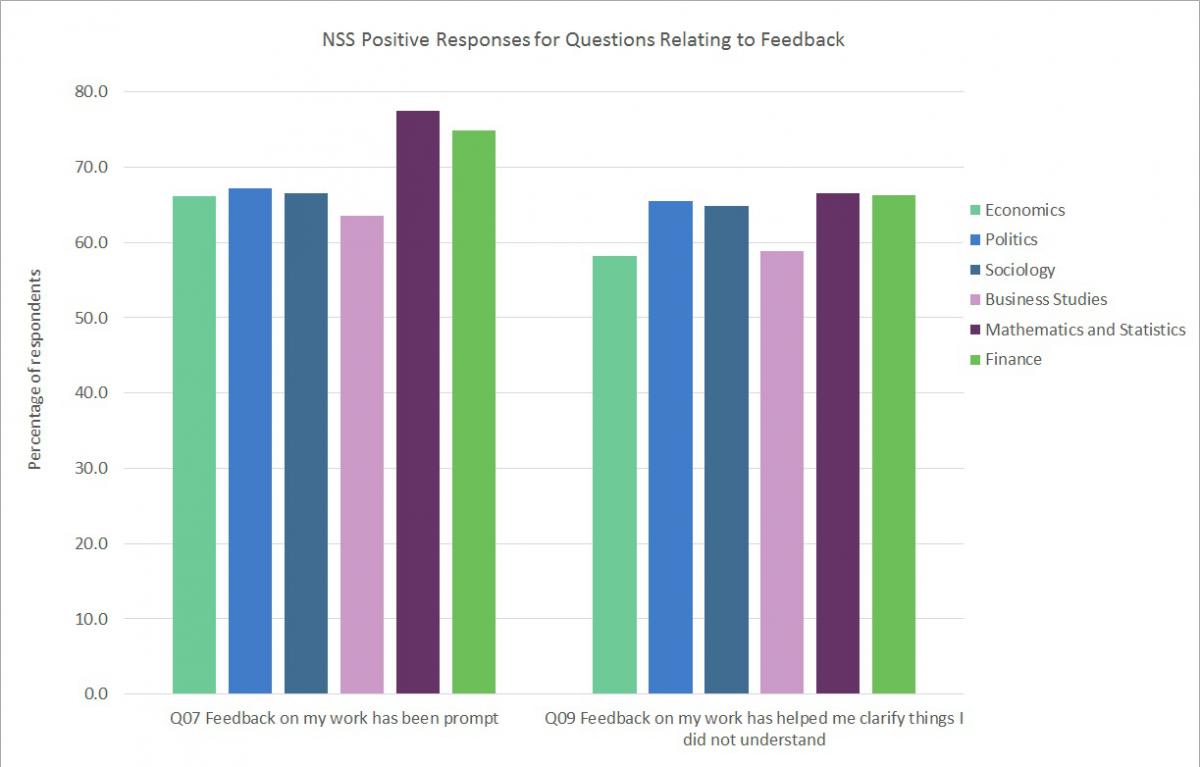 Source: Data for figures 10 and 11 is taken from the National Student Survey (NSS) and shows the aggregate responses to questions which are included in the Key Information Set (KIS) as used by the Unistats website. Results have been aggregated from the complete NSS results by totalling the number of students giving positive responses as a percentage of those who completed the survey on each course. Positive responses are considered to be either “Mostly Agree” or “Definitely Agree”. For more information on the KIS see https://unistats.direct.gov.uk/find-out-more/key-information-set.

Destinations of Leavers from Higher Education

“The Destinations of Leavers from Higher Education (DLHE) survey asks those who have recently completed higher education courses about their current activity, which may be working, studying, looking for work or even travelling. Those who are employed are asked for a description of their role and the kind of company they work for so that the nature of their employment can be understood and classified appropriately. They are also how much they are paid.”[2] 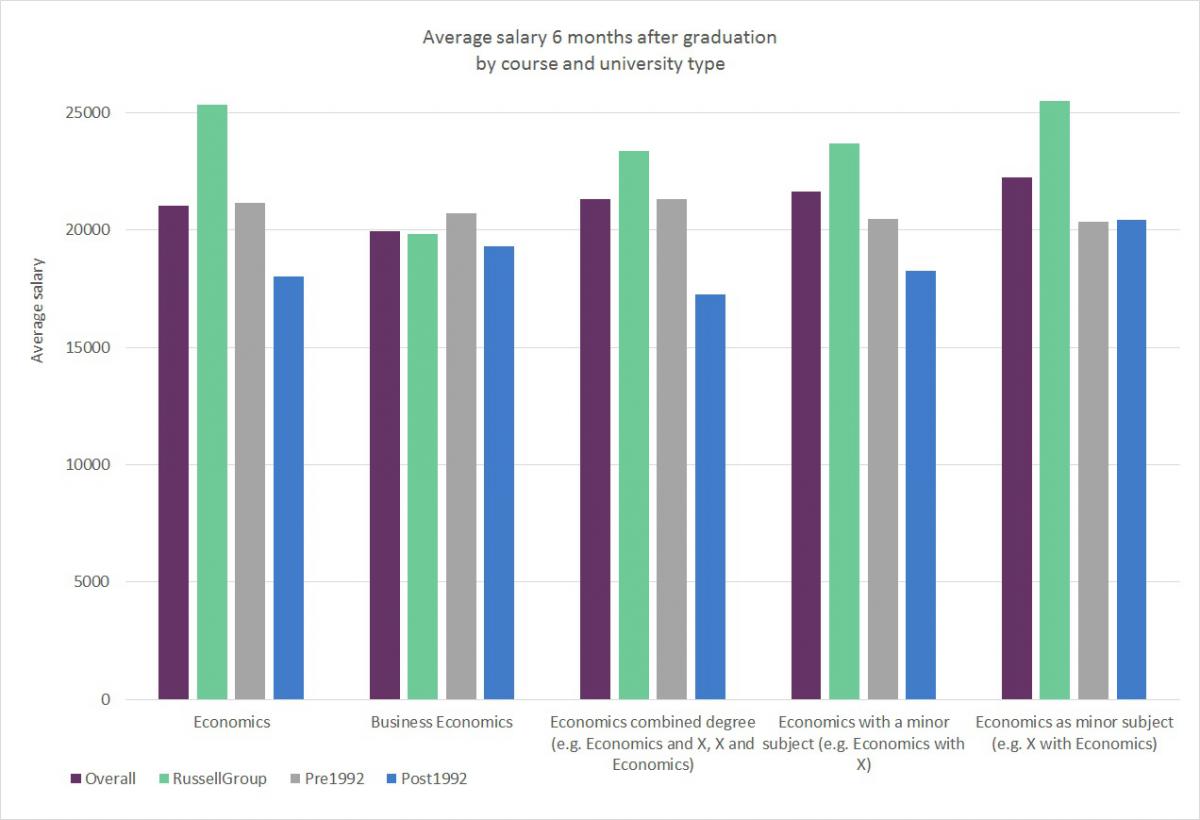