For the 2019 round of awards, we had more nominations than we had ever had before, and the quality of nominations was very high, so we made some joint awards and runner-up awards. The award presentations were made in September during the DEE Conference at the University of Warwick.

For details of past winners, see the Awards index.

This is a special award that our independent awarding panel is authorised to make when there are multiple nominations for an individual whose contribution to economics education is sustained over a long period and very substantial in its impact. This "Outstanding Career Achievement in Economics Education" is awarded to Professor Wendy Carlin of University College, London.

The award recognises Professor Carlin's tireless and successful leadership of the CORE project which has had a transformative impact on the content and pedagogy of economics teaching at over 200 universities worldwide and has also brought the value of economic thinking to non-specialist students in cognate subjects. The award also recognises Professor Carlin’s prior pedagogic work in macroeconomics, bringing the insights of the New Keynesian macroeconomic model to undergraduate economics in an motivating and approachable way.

In this category we are awarding two commendations and a runner-up award in addition to the main award. 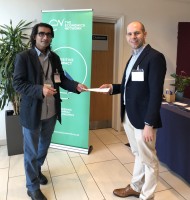 Brian received two nominations, both praising his outstanding contribution to the department that he joined in 2017. His work revamping two large compulsory modules attracted praise for their clear structure, real-world focus, and rigour and for Brian’s effectiveness in delivery, assessment, and in supporting GTAs. Brian has also led the student Economics Society, putting on events. The quality of his work is reflected in very high student evaluations. 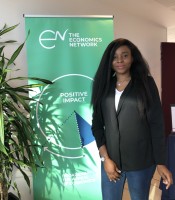 Ruth has only been teaching for one full year at UEA, but her two nominators praised her teaching of both undergraduate and postgraduate students as well as her sharing of teaching practice. She makes great use of online discussion and polling to support her work in the classroom. Ruth has become the school champion of the “Decolonise UEA” initiative and led an event on the experiences of black and minority ethnic students. She is also broadening the curriculum to expose students to more non-Western scholars. 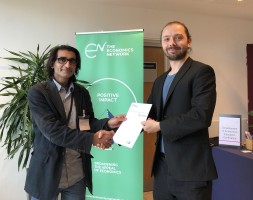 Tad, who joined Leeds in 2017, was nominated by colleagues there and at the University of Manchester, where he took on a Macro unit while still a PhD student. His colleagues speak of his infectious energy and enthusiasm but also his willingness to challenge conventions. Tad has shown more established colleagues better ways to use the Virtual Learning Environment. He has also introduced “Lunch with the Economists”, a series of informal events that get students discussing and even role-playing. 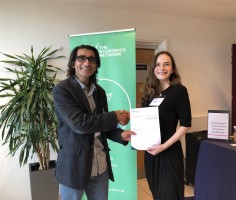 In four years of teaching at Aston, Maria has established herself as an outstanding innovator and lecturer. This award recognises her success on many fronts including classroom games and experiments, online teaching with webinars and interactive resources, and outreach beyond the university. She led a team of academics to create and market a new BSc in Economics which was predicted 25 applications but attracted 450. She also actively shares her practice, by co-running sessions in the Aston Centre for Games in Education and in her publications.

In this category we have two runners-up and two joint winners.

A nomination signed by former students as well as colleagues testified to Ben inspiring and engaging students consistently over a career of more than 50 years. Again and again, he has brought in real-world perspectives to his teaching, both from his own experience as a consultant and from well-chosen external speakers. The nomination observes “Generations of Ben’s students have since gone on to teach. His impact on the discipline is evident in the teaching DNA of all of those he has inspired to pursue careers teaching (and researching) Economics, and exponentially via the students they in turn have taught and inspired.”

Matt has been pivotal to a number of teaching innovations at Aston, including the introduction of classroom games into economics teaching. He was nominated not just for the success of his own courses, but a range of activities promoting good practice. These include organising events on learning and teaching, his work reviewing materials with textbook publishers, and his published advice on teaching Economics in a business school. Matt also promotes Economics to school leavers via articles for the Economic Review and events with schools and colleges. 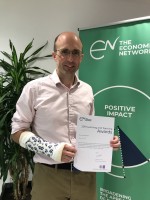 Steve was nominated for excellence across a variety of activities, all focused on improving the experience of students. Not only do the materials and delivery in his own teaching get very high ratings, but Steve also has an admirable record of publishing pedagogical research and using research to improve the student experience. He has led on classroom-flipping at Bristol, putting lecture content into videos on his YouTube channel, and he led the creation of a video studio within the department. He was also a major contributor in a task force that improved assessment and communication in response to student feedback.

Dimitra has long been familiar to attendees at this conference, and this award recognises her passion and charisma as a teacher as well as her lasting influence promoting active learning. Through her career, she has led on the training of economics Graduate Teaching Assistants, through events, individual mentoring, and the hugely influential case studies and handbook available on the Economics Network site. The nomination says “Dimitra does not just do innovations but reflects on them in an impressively analytical way. She does not just identify what works, but ponders deeply on why it works.”

Best paper in the International Review of Economics Education

The paper makes an important contribution to the economics education literature by showing, through rigorous econometric analysis, that voluntary peer tutoring significantly improves student performance in introductory economics classes, as well as identifying cofactors in this relationship.