This report is an update of the 2014 data the Network collected on students of economics in the UK. It forms part of the Economics Network’s ongoing research into economics education and provides a detailed summary of data collected student numbers in economics at both A-level and undergraduate level. This research aims to complement the Network’s report on the National Student Survey to highlight any issues that may be of note to departments.

All data from the Joint Council for Qualifications website archive (http://www.jcq.org.uk/examination-results/a-levels) 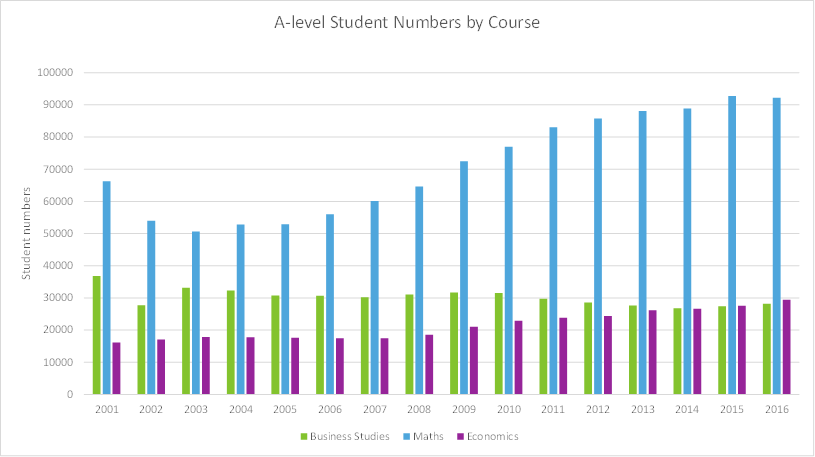 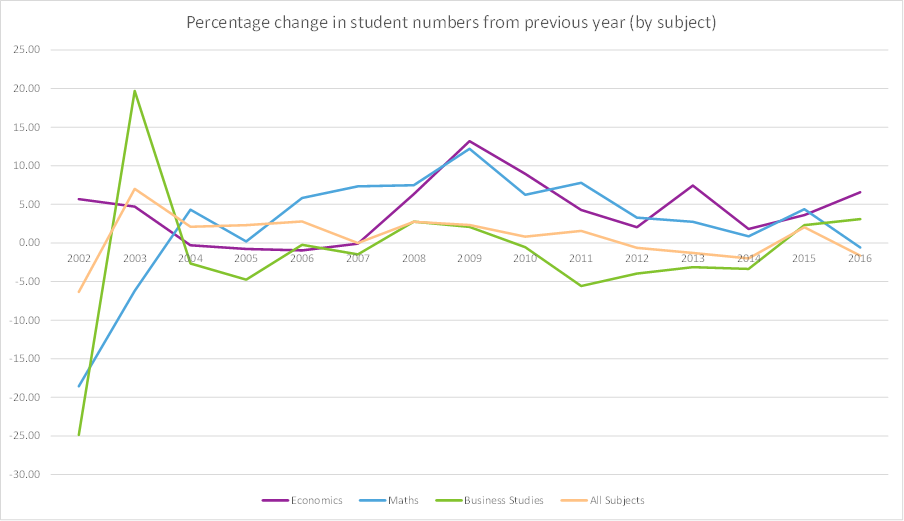 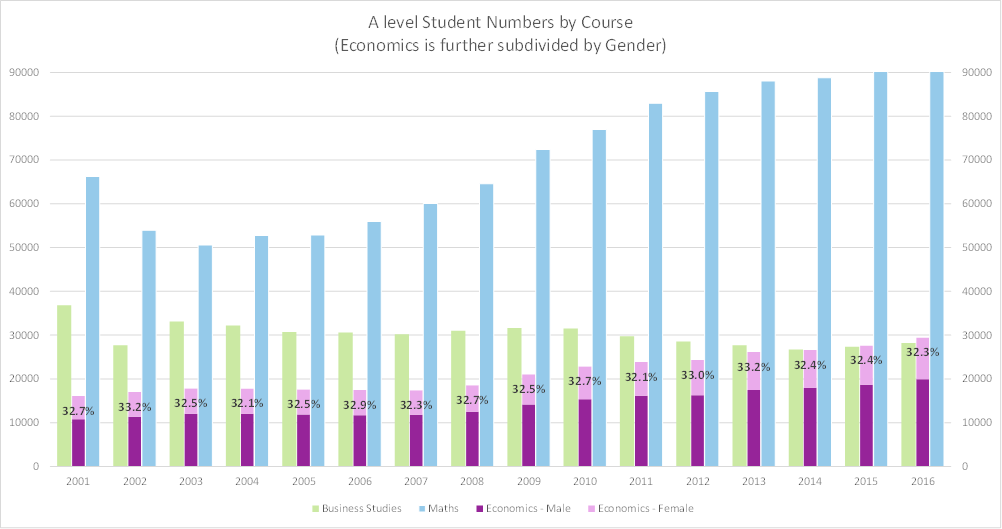 Figure 3, A-level student numbers by subject (economics is further broken down by gender) 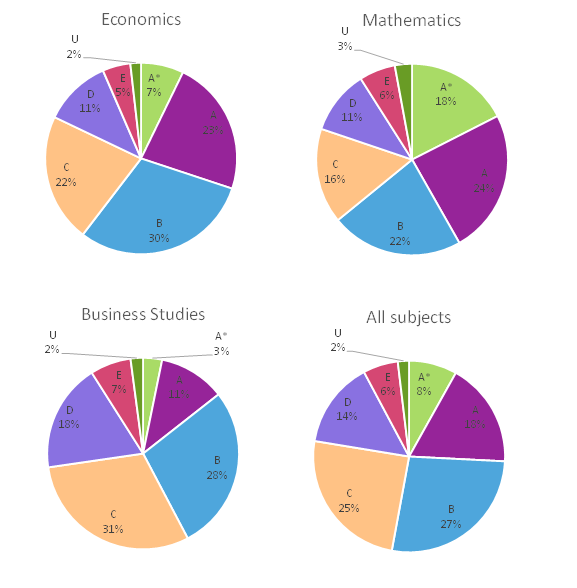 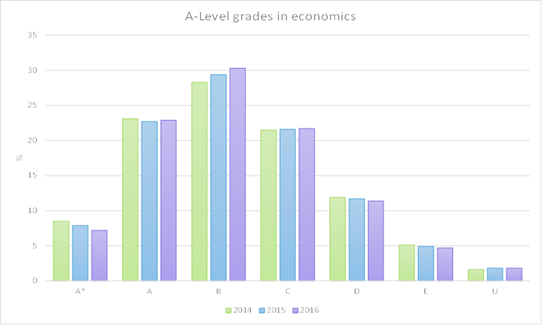 All data from UCAS, https://www.ucas.com/corporate/data-and-analysis.

Based on a course search on the UCAS website, the number of institutions offering L100 undergraduate economics courses has gone up from 62 for the 2016 entry to 74 for 2017. 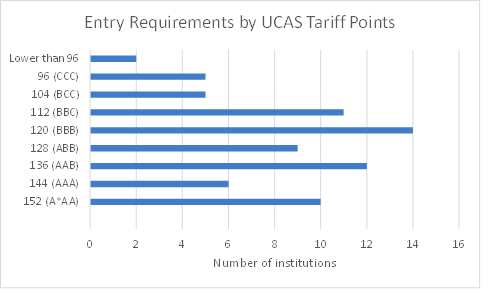 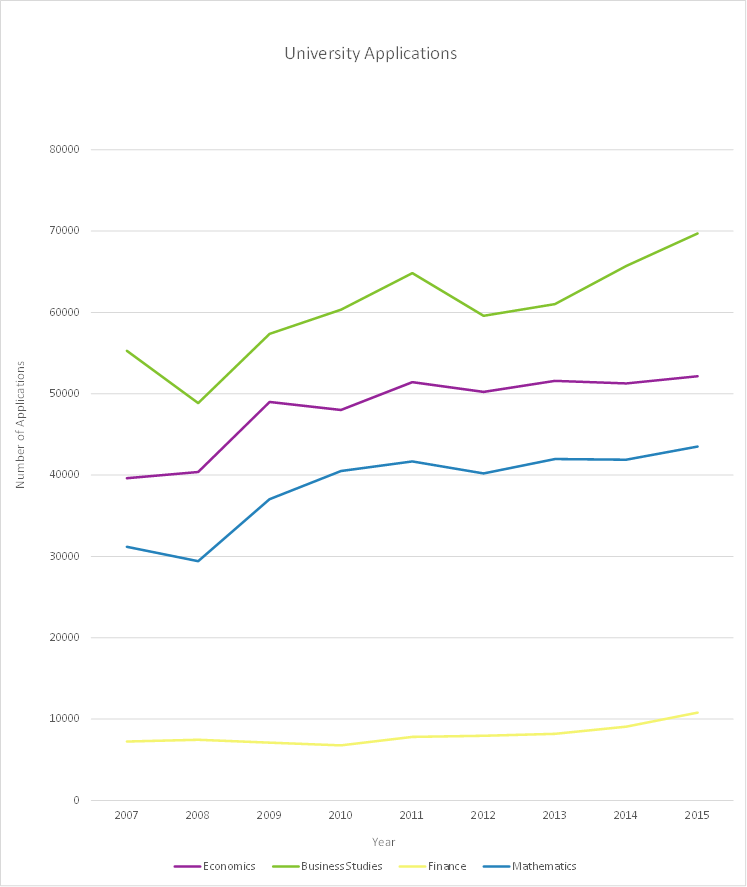 Figure 9, Number of applications by subject 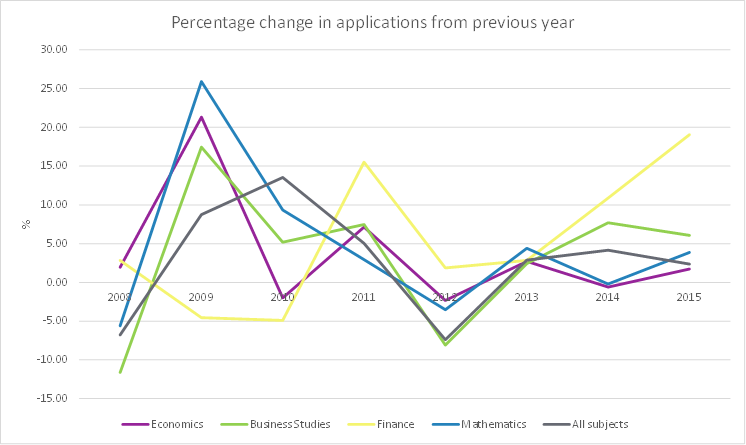 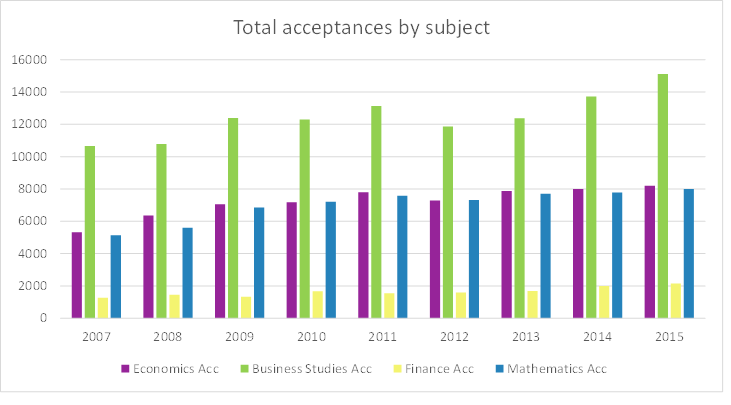 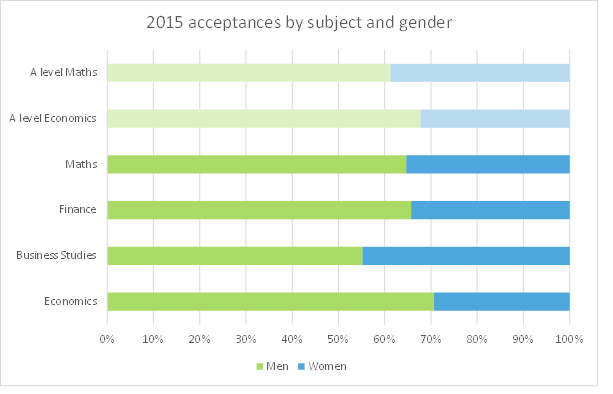 Figure 12, Acceptances by subject and gender (2015), the paler bars are for A-level subjects and are based on student numbers 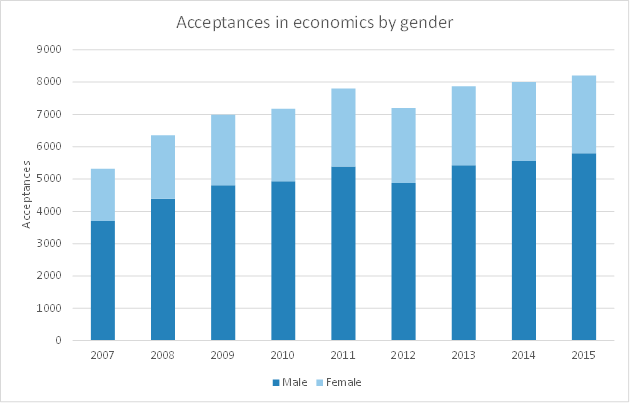 Figure 13, Acceptances to L100 economics courses by gender and year