Lecturers in economics face two major challenges at the moment. The first is common to higher education: students demand more and better feedback as the NSS reminds us every year (HEFCE (2016)). The second is specific to economics. The 2007-crisis has exposed disconnects between the theories that we teach in the classroom and phenomena that occur in the real world, or at least that is how students have perceived it. Several student movements seek to rethink economics, see for instance Krugman (2014) or PCES (2016). This paper reports on an experiment that tries to bridge these two gaps by providing students feedback on 500-word essays that discuss a pre-assigned list of newspaper articles illustrating elements of the module.

Teaching context and description of the innovation

The intervention was introduced in Advanced Macroeconomics. This is a common core module in final year economics programmes in the UK. The intervention consisted of introducing two Current Affairs (CA) essays, where students discuss how a number of media articles relate to the course content and why. Word-limit for CAs is 500-words and students can submit two CAs (out of a choice of five sets, one for each exam topic[1]). These restrictions aim to ensure a quick turnaround of feedback, while providing the opportunity to close the gaps identified.

Essays are to be sent by email to the lecturer and feedback is returned within seven days. Both essays have to be written in Word-format, this allows the lecturer to insert comments in the essay. A final overall comment is also added to provide forward feeds. The technology used in these essays is utterly standard (Word document and email) but this has the advantage that it is readily available and known to students. CA can be submitted at any time before the end of the term, this provides flexibility and at the same time pushes students to take ownership of their time management.

There are several pedagogical reasons for this choice. First, discussing the interpretation of different commentators of a macroeconomic phenomenon or policy allows student to reinforce their knowledge of different theories while applying or using them to analyse a phenomenon. Further, they can also assess if the evidence provided in the article fits theory, which might lead them to evaluate it. In sum, CAs create an assessment exercise that is aligned with the learning outcomes of the module, as suggested by Biggs (1987), Sadler (2010).

Second, a small essay of these characteristics meets the “seven principles” of good feedback proposed by Nicol and Macfarlane‐Dick (2006), which encompass other lists available on the literature, such as Black and Wiliam (1998) or Miller et al. (2002).

Last but not least, using their knowledge to discuss a phenomenon that appears in the media allows students to see the links that exist between theories covered in the course, and the arguments that are made in contemporaneous economic debates. Hence, helping the student to close the gap between economic theory studied in the classroom and the outside world.

Data used to evaluate this intervention were collected through anonymised surveys designed by the author, copies of which can be provided upon request. Data were collected over three academic years 2013/14, 2014/15 and 2015/16. Figure 1, presents our results. Figure 1a shows that a clear majority of students (58-68%) are satisfied or very satisfied with CA. Yet more encouraging, as shown in Figure 1b a greater proportion, 60-75%, argue that CA are useful to improve their understanding. Hence, students find that our innovation provides useful feedback.​ 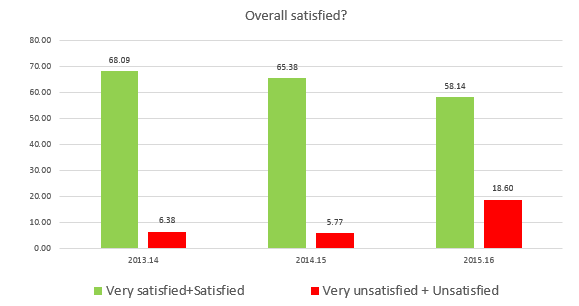 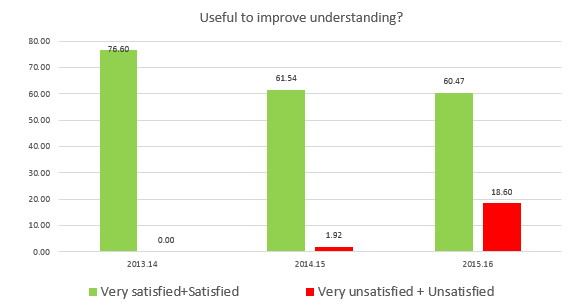 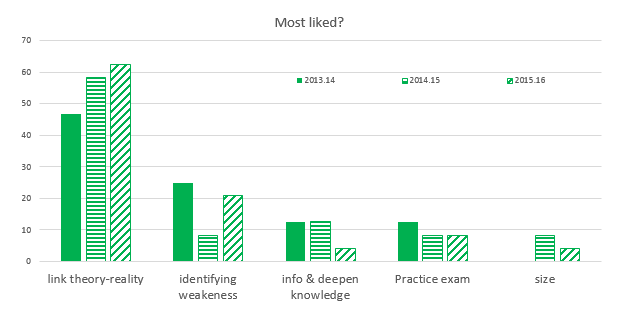 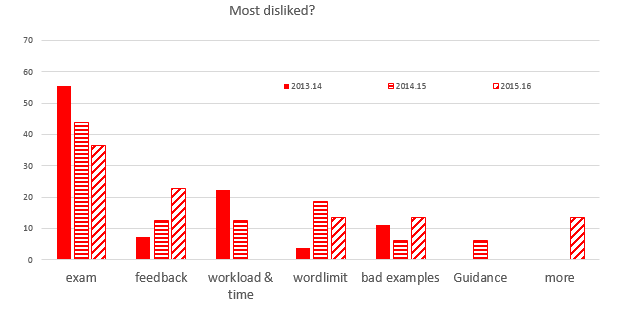 To understand what did students liked/dislike about this task we turn to Figure 1c and 1d. What students like the most, Figure 1c, is that CA allows them to establish a link between (macroeconomic) theories developed in the module and the real world, noted by 45-63% of students. This suggests that our intervention works also to bridge the gap between the classroom and the outside world. Further, 10-12% percent of students like that CA allow them to identify weaknesses, i.e. get feedback, and around 10% declared that CA helps to deepen their knowledge and practice for the exam.

Figure 1d, shows that the link between the CA and the exam is also the most problematic issue, voted by 36-53% of students, although this figure has fallen over time. Further, 10-20% of students complain about workload and time constraints associated with CA. This figure, also highlights that there is room to improve staff-student communication, as 7-23% of students disliked the feedback received. To tackle this problem, I have created a mark-sheet that provides positive, negative and forward guidance more explicitly. A small proportion, 10%, of students find that readings are inappropriate, although this contrasts with the 45-63% of students that claimed CA readings are useful see the theory-reality link in Figure 1c. This could reflect that students with different learning approaches seek different things in feedback (Rowe and Wood, 2008).

Finally, we asked students that did not submit a CA, why? Figure 2, shows that the main reason is “no-time”, although the proportion of students claiming this is a problem has fallen significantly. Interestingly, lack of time is clearly more important than concerns over the exam, only 8-14% of students claimed “lack exam-links” was the reasons they did not submit an essay. This contrast with another commonly held belief among staff, that students are “only interested about the final exam” (Watty et al., 2013).

Figure 2. Why did you not submit an essay? 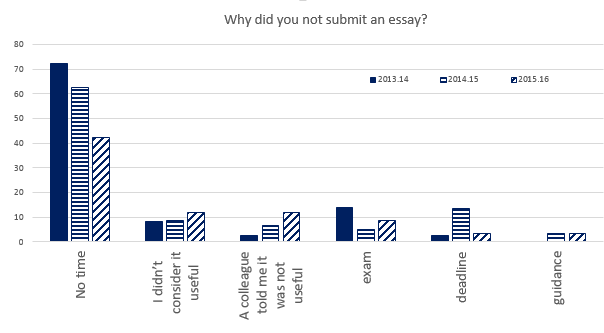 We introduce an essay-based task to provide feedback. Our innovation aims to improve students’ satisfaction with feedback while improving the link between economic theories taught and real world developments. Evidence collected over three years indicates that both objectives have been achieved. Students “find CA useful to improve understanding”. Further, the main reason why students like this activity is because it creates a “link between theory and reality” followed by “helps to identify gaps”. It is also worth noting that students evaluation of feedback provided in the “Module Evaluation” conducted by the department increased from 40% to 80%. Further research should assess if this module gain can be aggregated to improve programme ratings in the NSS.

Other content in:
Assessment and monitoring
Contributor profiles:
Antonio Rodriguez Gil
Supported by